Blue Impact Network strives to answer a simple question for political donors: Where can I make the highest political impact for my money today?

We have assembled national experts and staff in five key swing states to identify areas where your political donations can have the greatest impact for change. We identify under-the-radar races, critical ballot measures, Get Out the Vote efforts and key US House races.  We are constantly updating our information with the latest investment opportunities!

This is “strategic” investing that can change the direction of our country NOW! Strategic investing is how Republicans ended up with complete control of the Federal government and 26 states (compared to just 8 states for Democrats).  They did it with fewer votes.

America Votes is the coordintation hub of the Progressive Community. American Votes works with over 400 state and national partner organizations to advance progressive policies, win elections, and protect every American’s right to vote.

Flippable is a political organization dedicated to flipping state governments from red to blue—and providing impactful ways for everyday people to get involved in state politics. 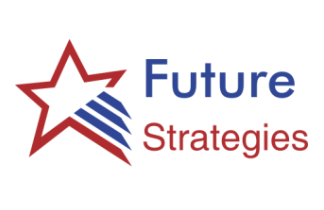 Future Strategies Inc are experts with decades on experinece in campaings and independant spenidng organzations. The company advises many high net worth donors on where to invest their political capaital. Future Stragies has in-depth knowledge of distrctis, candiidates, staff and organizations many battlegorund states.

Bruce Fram is a Silicon Valley entrepreneur. Over the last 30 years, he has been CEO of 6 venture-funded companies and well as having leadership roles on several non-profit boards. After November 2016 Bruce conducted an analysis of Democratic/Progressive organizations and concluded it is difficult for "non-Politicos" to know where to make a difference. Bruce founded the Blue Impact Network to connect investors with effective organizations that have outsized impact on electoral results for the funds invested. Bruce has an MBA from the University of Pennsylvania’s Wharton School and a B.S. degree from Syracuse University..

David Daley is the author of "Ratf**ked: The True Story Behind the Secret Plan to Steal America's Democracy" (W.W. Norton/Liveright) and a frequent lecturer and media source about gerrymandering. He is the former editor-in-chief of Salon.com, and the former CEO and publisher of the Connecticut News Project. He is a digital media fellow at the Wilson Center for the Humanities and the Grady School of Journalism at the University of Georgia. His work has appeared in New York magazine, the Atlantic the Boston Globe, the New Yorker, The Washington Post, USA Today, Rolling Stone, Details, and he's been on CNN and NPR. He earned his B.A. in political science at Boston College and his M.A. in journalism at the University of North Carolina at Chapel Hill. When writing for the Hartford Courant, he helped identify Mark Felt as the "Deep Throat" source for Bob Woodward and Carl Bernstein.

Francis Smith has been involved in political and public policy issues throughout his career. He is President of a Cambridge, Massachusetts consulting firm specializing in election and non-profit law and policy work. Mr. Smith serves on the Board of American Votees and Rock the Vote. He has served as an Assistant District Attorney in Boston and worked on a number of political campaigns, including two Presidential elections. He is co-author of a recent book on the American healthcare system and writes a monthly newsletter on American politics. He is a graduate of Georgetown University and Boston College Law School, and a member of the Massachusetts Bar. He has served on a number of non-governmental organization boards.

Blue Impact has employed political operatives in Florida, Michigan, Minnesota, Ohio, and Pennsylvania who are at the center of the biggest political battles in their respective states. Our experts work directly with 10-50 organizations in each state. If you want to talk to them, email us at info at blueimpactnetwork.com.

Thank you! Your submission has been received!
Oops! Something went wrong while submitting the form.
FAQPrivacy PolicyTerms and Conditions
About UsContact Us